Subdivision bond are required of property owners when subdividing residential or commercial properties into smaller parcels or lots.  The bond guarantees to the public entity with jurisdiction over the property - usually a local municipality – that the improvements needed to service the lots being created will be funded and installed by the property owner at no expense to the municipality. These improvements typically include streets, sidewalks, curbs, gutters, sewers, water mains, monuments and landscaping. Ownership of the completed improvements is typically transferred to the local municipality upon completion.

Subdivision bonds are also known as the following:

Developers start the subdivision process by filing a map (sometimes referred to as plat) with the public agency responsible for overseeing land use where the project is located.  These maps detail the proposed configuration of the project, including any public improvements necessary to serve the project.  Generally, installation of public improvements is a condition imposed on a developer for the project to proceed.   Many municipalities require that the property owner enter into a development agreement, often referred to as a subdivision agreement. This agreement identifies the rights and responsibilities of both parties and clearly defines the improvements required and the time frame and terms under which the work is to be completed. Such agreements typically call for the property owner to furnish acceptable security, a subdivision bond, to guarantee completion of the required improvements as well as payment of all material suppliers, subcontractors and laborers who work on the project.

Subdivision bonds differ from the more common performance/payment bonds required in conjunction with public works construction projects, and contract bonds. The major difference relates to the fact that under a subdivision obligation, the owner of the property/project is required to install improvements yet, unlike a typical construction contract, does not receive any payment to fund this construction activity from the bond obligee /municipality. 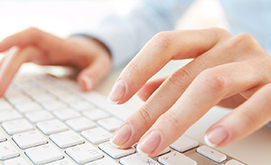 By displaying the highest level of integrity and client service, matched by an unyielding drive for excellence, we help protect and grow what you've worked so hard to create, savor, and cultivate...your family, your company, your employees, and your resour...